If you live in Madrid or you are visiting the capital, you have to go to Avila. It is one hour away by car or train.

Today we tell you about the best things to do in Ávila in one day. First, visit the walled city that belongs to the World Heritage UNESCO.

Ávila is that type of city that you occasionally visit because it is not so far. Also, because it is beautiful and it has fabulously tasty food.

There are many things to look out for in Ávila. However, since you will probably run short in time, I will tell you the essential things that you can do in a day.

Where to start the visit to Ávila

To begin with, you can start Ávila any way you like. For example, you can go for tapas depending on the time you arrive, or you can visit its most important museums.

Nonetheless, what brings most of the attention when you get to Ávila is the great wall that surrounds it. You can tour through a pretty big stretch of it and have a general look at the city.

What to do and see in Avila? Essential places

At the old Butcher’s House (Casa de las Carnicerías), we will find one of the entries to the Wall and the Tourist Office of Avila.

They were built at the end of the XVI century. Its main goal was to sell the wine that entered the city and housed two of the biggest butchers of the city.

It is a great spot to begin the visit to Avila because you can ask for a map of the city, visit the building, and get access to the wall.

Walk the Wall of Avila

Every time I go to a walled city, I like to enjoy a walk through it and discover its views.

In Ávila, the wall is well preserved. It is believed that it is from the eleventh century, but other experts assert that it was built the following century. Unfortunately, neither of them gets to a concrete agreement of its origin.

What is more interesting is that you can visit the wall. However, to go up and tour it, you have to pay a small amount of 5€ that helps preserve the wall.

When visiting the wall, do not forget to bring your photo camera! Also, be careful with the steps because they are higher than normal.

Another place that we should definitely see in the city is the gate of Alcázar, which is the most important of the wall. It is the one closest to the old castle.

This gate has two towers with battlements, which soldiers used to protect themselves from the enemy attacks behind it.

This entrance had different elements to defend the city. One of them was an embrasure; its purpose is to allow weapons to be fired out from the fortification while the firer remains undercover. It also has a drawbridge and a moat.

The Great Market Square Park is really Santa Teresa Square Park; you can reach this place through the gate of Alcázar, as I said before. This park is at the center of Ávila, where parties and fairs are celebrated.

At one end of the Square, we can see the church of San Pedro with its romantic style. Its rosette stands out from far away.

Visiting the Cathedral of Avila

In the center of the city, we will find the Cathedral of Ávila. It is a national Monument and belongs to the World Heritage. Also recognized as the first goth cathedral in Spain.

It is quite easy to get to the cathedral. It may be curious to you as it was to me that it seems to be hidden. It is interesting to see how the city started growing around it.

The cost of visiting the cathedral of Avila is 5 €.

The Small Market Square Park begin to form at the end of the XI century. However, the Town Hall building was built in the era of the catholic kings, when they found out that there was no room for the council to meet.

The building that we see today preceding the park was built around the XIX century.

There are many typical places below the porches to have some beers and taste the local cuisine.

The Basilica of Saint Vincent is a church that was built in the XII century. It is dedicated to Saint Vicent, Saint Sabina, and Saint Cristeta. Three siblings were sent to be killed by the Roman emperor Diocletian.

This church has a romantic style and is one of the best examples in Ávila. In front of the Basilica, there is a gate of the same name, where there is outside the wall.

It is a must to visit the Museum of Santa Teresa. The same rule applies to the museum of Dalí in Figueras or the San Isidro Museum in Madrid.

Turret of the guzmanes

The turret of the Guzmanes (Torreón de Los Guzmanes) is an imposing building, very well preserved, which is also the headquarter of the deputy of Ávila. It is from the XVI century. Alfonso XII was housed here also.

It is also known as the turret of the Mujicas that belongs to the palace that is attached. Enrique Larreta used it as a stage in his play: “La Gloria de Don Ramiro.”

There are amazing views of the wall from the four poles. The best time to be there is to take the most beautiful pictures at the beginning of the evening. However, on the weekends, many people will try to take the best pictures of the walled city.

A legend goes around that says that the four poles were erected on that spot because Santa Teresa washed her feet there. Is it true?

Where to Eat in Ávila

A trip to Ávila will not be fulfilled if you do not go for tapas. There are plenty of places to enjoy some tasty tapas paired with Table Wine or a beer.

Here there are some of our favorite spots.

Where to sleep in Avila

Almost every time, we go back to sleep at our place, but there was one time we stayed in Ávila. We slept at the Sercotel Hotel 4 Postes, where you will find great views of the Wall. So be sure to request at the check-in counter for a room that has those views!

Search on Booking your hotel in Avila

How do you get to Ávila?

As I was telling you at the beginning of the post, you can get to Ávila by bus or train since it is well connected from Madrid.

If you are driving your car or the one you rented and it is your first time going, you will have to take the A6 highway and pay the toll (12€).

If you want to save the toll, you must take the same A6 highway and take the exit that leads to the national VI road. However, this way will take more time since you pass a port and a bunch of towns.

If you are renting a car, you can do it through here (which is where we make our bookings of cars). As a result, you can save more money in comparison to other sites.

Prepare Your Trip to Avila

Book Your Flight
Find a cheap flight by using Skyscanner.

Book Your Accommodation
You can book your hostel, hotel, or apartments on Booking.com.

Don’t Forget Travel Insurance.
Travel insurance will protect you against illness, injury, theft, and cancellations. It’s your protection in case anything goes wrong. You never go on a trip without it.

Best companies for activities
Check out Civitatis.com and find the best tours in English (French, Spanish and Italian)

Disclosure: Some of the links on this post are affiliate links, meaning at no additional cost to you, I may earn a small commission if you click through and make a purchase.

This site uses Akismet to reduce spam. Learn how your comment data is processed. 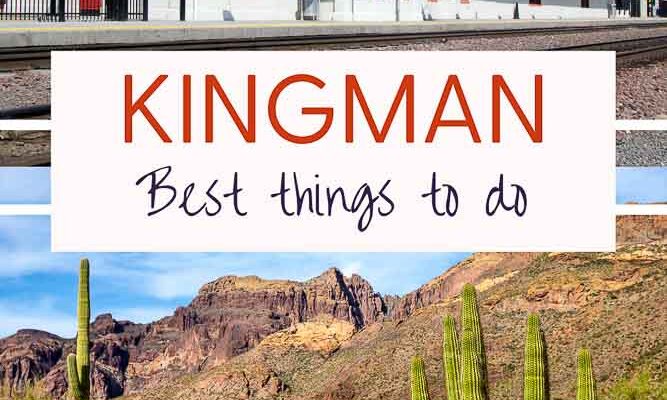 Kingman is the capital of Mohave County in northwest Arizona, and it's the closest city to the Grand …

END_OF_DOCUMENT_TOKEN_TO_BE_REPLACED

The 25 most important cities on Route 663K Total Shares 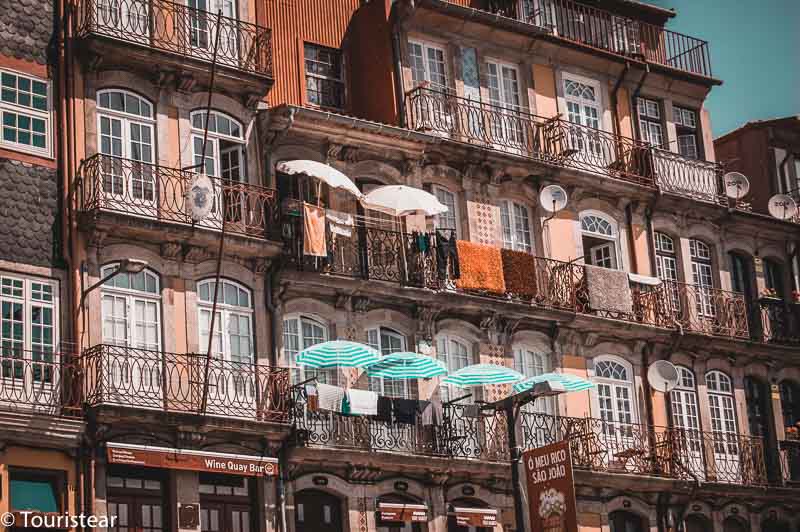 10 Best things to do in Porto178 Total Shares